We have a situation: 5 tips for surviving the war room

I recently spent a week onsite with a client to announce an acquisition. We had, as is often the case with these engagements, set up a special room for the communications staff to huddle in and make super important decisions, such as “should this font be blue or orange?” Sarcasm aside, the idea behind such a “situation room” or “war room” is to physically centralize all communications during a major announcement or crisis. And it’s a place where anything that can happen, will.

The room itself is usually a normal conference room. You’ve got your typical LCD projector, multiple speaker phones and flip charts. If you’re lucky, there are windows. There may be a flatscreen TV for the news. Maybe some timelines taped to the wall. These are all standard conference room artifacts. In fact, there’s really only one way to tell a situation room from a normal one: Look to the side of the door. You’ll find a table piled high with food, coffee and cold drinks, indicating that the people in this room are going to be there for awhile.

I could spend an hour telling you what makes a war room run successfully. You know, things like physically assembling the decision makers (the CEO, the CFO, etc.) to sign off on messaging. Adhering to strict document protocols for version control. Process discipline and so forth. But that’s all been written about before by people far smarter and more experienced than me. So instead, I thought I'd share some practical advice should you ever find yourself staffing a situation room, either in an in-house role or from an agency. It can be an intense yet ultimately rewarding experience…but you’ve gotta bring your A game. Here are five tips to do just that:

Posted by Tamara Snyder at 9:13 AM 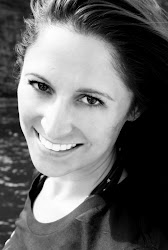